touchpaperlit sparked from Jack’s time as one third of the prolific creative writing and collaborative art coterie, Dead Beats. And songs that became known – if not bigger – when other artists played with them particularly enthused our first two projects. Bob Dylan’s ‘Mr Tambourine Man’, for instance, didn’t stick in the popular consciousness until The Byrds covered it; JJ Cale’s ‘Cocaine’ was popularised by Eric Clapton; Soft Cell’s ‘Tainted Love’ was a cover of Gloria Jones, and so on. The original songs are art unto themselves, and their subsequent renditions introduced many more listeners to the originals. 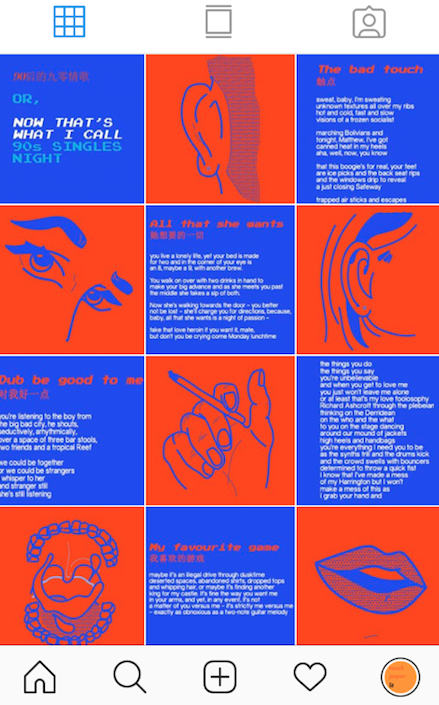 At the back-end of 2017 and then into May 2018, we took the idea of music covers literally. Magic told Jack about Chinese Singles’ Day and Jack asked what the night following that looked like. When Charly read Jack’s words, she then explored what those moments would look like. Three people from different geographies and backgrounds explored a single idea one after the other with 90s SINGLES NIGHT the result. Having spent time working with professional musicians and sound technicians in Sheffield, Jack has since re-visited the project with his drum machine and microphone. 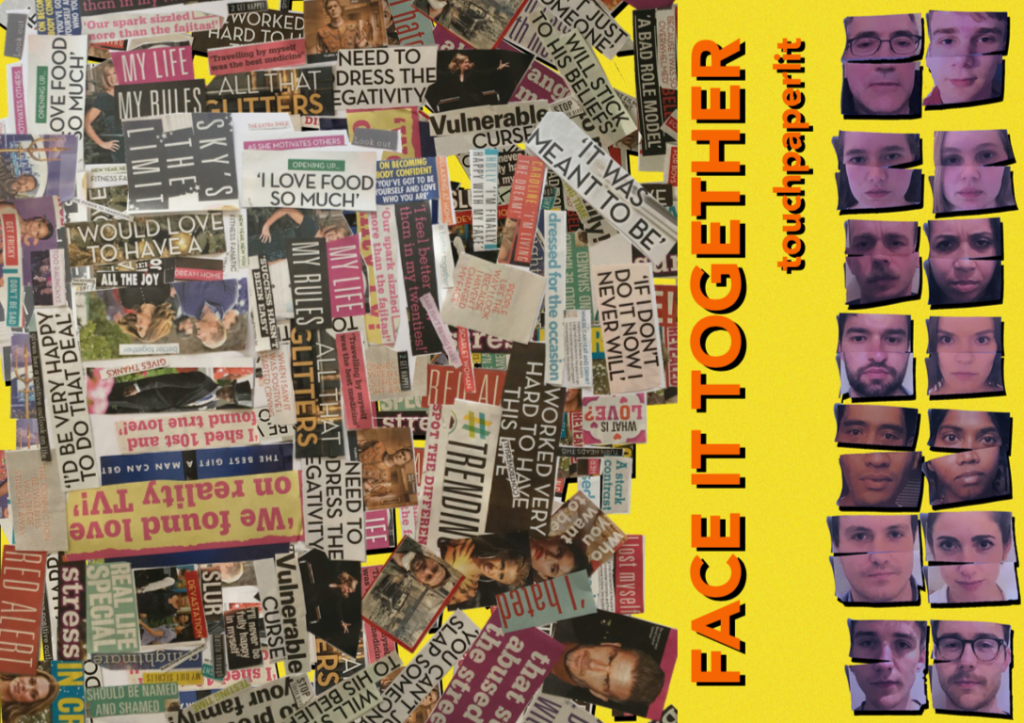 Towards the end of 2018 and into March 2019, we asked friends, family and relatives to pair up and take pictures of each other pulling three distinct faces. We then chopped these up and rearranged them into our fourth collaboration, the feature flip book, face it together.

Ultimately, we are a creative collective interested in collaborative art. We are not bound by medium, geography, age or technology – if you have an idea, then between us we can attempt to realise it.

We will reply to each idea submission as quickly as possible.